Except where otherwise noted, Co-here Local Tokens by Jason Lee Lasky is licensed under a Creative Commons Attribution-ShareAlike 4.0 International License. 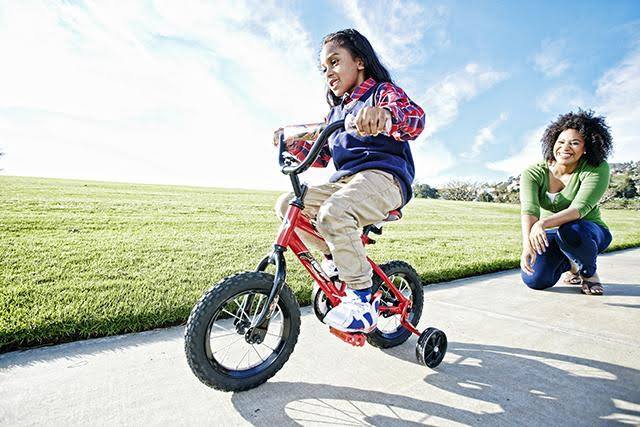 Co-here Local Tokens maintain a stable value based on the holding of a collateral reserve with 80% stable assets and 20% non stable assets.

The 20% non stable portion of the reserve has two parts. The first part includes the most liquid of crypto currencies which provides Local Tokens liquidity bridge with the wider crypto market. The second part are Co-hereDAO Staking Tokens for fund raising and securing the network.

In order to reduce speculation and dampen volatility when converting Local Tokens with non-stable tokens, an automated higher conversion fee will be incurred during price volatility and higher demand.

I’ve proposed demand based pricing for token conversions in liquidity pools. The increased fee during higher demand is intended to dampen price volatility by deferring the arbitrage opportunity until the gap between market and liquidity pool prices are large enough to incentivise conversions, even with higher fees or delayed until fees have reduced after the volatility and demand has subsided.

Demand pricing could be setup to equate to same fees over the long term or increase fees over all but specifically charging those seeking to make gains or reduce loss during volatility and charging less fees for conversions in times of low demand.

Which exchange or liquidity network will try this first?
Most exchanges lower fees for high monthly trade volume. Exchanges provide pairing with stable coin / tokens to allow traders to shift from volatile to stable holdings.

Liquidity pools are shifting towards stabilisation through pairing non stable with stable tokens. Liquidity pools don’t lower fees for volume but the opposite occurs as there is larger price slippage for larger conversions due to a low liquidity depth.

With liquidity pools conversion fees accumulate to the pools, to those staking liquidity in the pools, so increased fees will attract more staking – more depth.

Remember with demand based pricing usual demand would have usual or lower fees, so no fee change most of the time and possibly reduced if the overall fees charged are kept the same. More fees could be derived from the high demand conversions and while usual demand could have reduced fees.

In determining the measure of relative demand in short time frames; minutes and hours, compared to a “usual” demand over a much larger time frame, over days, a deviation could trigger demand pricing, according to the size of the deviation. A fee weighted ratio could spread over different time frames in order to graduate the fee change, in to and away from high demand pricing. The fee change spread produces a lag allowing for small corrections to be smoothed under the lag time.

A conversion delay, with a graduated fee discount, would aim to smooth and protract slow demand to offset short arbitrage activity.

Criticism of Surge Pricing and problems to avoid

Price gouging occurs under two circumstances, a lack of transparency or a captive market, both are antithetical to the principles of Co-here.

Transparency: Co-here Local Tokens aims to provide an automated token liquidity for a redeemable stable value token. The purpose of conversion fees with collateral assets should be made abundantly clear.

Acknowledging the various roles of participants:
Liquidity pools don’t automatically match the spot prices of external markets. When prices diverge, the opening of a price gap between the speculative crypto market and conversion rates available in the Co-here Local Token liquidity pools creates arbitrage opportunities. Active speculation by traders will seek these opportunities to buy low, make a gain, take profit or reduce loss – high fees are not favourable for this type of activity. Arbitrage activity is an important contribution to the liquidity pool mechanism, as it gradually brings collateral prices to converge with crypto markets. The conversion fee schedule or formula will need to take in to consideration the important role of arbitrage.

Captive Market: For those Local Token holders wanting to remain in the ecosystem and continue using Local Tokens with a stable value, demand based fees for conversions, which reduce volatility and stabilise the Local Token price, supports the payment ecosystem. Demand pricing for conversions will provide an always available automated liquidity with low conversion fees at regular demand times and a graduated higher price at higher demand times.

Demand based pricing will need to balance:

Demand based pricing will need to be clear and transparent for users, and allow adequate, timely and fair pricing for conversions between Local Tokens and collateral assets and enable users to deposit or withdraw assets, when ever they wish.

Finding the balance or formula will take further research and experiment during beta, which will be the responsibility of the foundation, in coordination with and feedback from participants and eventually Co-hereDAO stakeholders.

I’ve been asking Bancor about creating an inefficient relay, one which could provide some price stability to the non stable asset.

Okay what about an alternative approach to stabilise the price of the non stable asset, by using the conversion fee rates? Rather than only providing efficient relays, I suggest there would be use for an inefficient relay, with a mechanism for price stability. This only makes sense with a stable token paired with a non stable token (asset). Dai can serve as the stable token but USDB could serve as a network token, an inter relay token between relays, those built for conversion efficiency and those for price stabilisation.

Previously I suggested skewing the 50/50 ratio but if a 50/50 reserve ratio is critical for capital efficiency and perhaps reusing existing coding, then what about having two conversion rates, one for each direction? Take it a step further and have those rates switch depending on which conversion direction is trending. And another step further by increasing / decreasing rates according to how much a direction is trending.

Technically measuring conversion trends is a matter for some research (compare current rate or volume of conversions, to a trailing rate over length of time) but I assume it’s possible and could be improved upon as data is collected or modelled from existing relays and variations are considered.

Scenario ETH price is rising – trend is conversions are from USDB to ETH.
Converting ETH to USDB could have a zero or negative rate, depending on how much conversions are trending (trend strength, volume / time). While converting from USDB to ETH start at the usual rate of 0.1% and rise up to 0.5% with a strong trend, leaving the fee on the USDB side.

Basically suppressing ETH price from rising as fast as the market while rewarding conversions from ETH to USDB earlier than the market. Arbitrage opens up to buy ETH at a lower than market price even with the higher conversion fee (cost, slippage, friction), when the ETH price is held back low enough to pay for conversions but will favour an early exit, conversion back to USDB (to lock in some profit, to hedge over bought ETH with some safe holding).

Scenario ETH price is falling – trend is conversions are from ETH to USDB.
Rather than keeping the fixed rates during an ETH fall, my aim is to stabilise in both directions, to go against market trends. I want the kid riding their little bike to have training wheels. So the same dynamic applies when ETH is falling but the fees favour converting USDB to ETH during an ETH fall and increasing the fee to convert from ETH to USDB. In this case the fee would be left on the ETH side, as is usual for conversions, conversions adding to both sides depending on the direction of the conversion.

Child tokens are like their parents but smaller, riding with training wheels.
I’ll reiterate my prior (October 9, 2019) suggestion to fractionalise ETH ($180) to 1,000 parts and call the token a Finney ($0.18). I like the idea of a child token riding along with training wheels for the purpose of price stability.

The above ETH stability relay could be called a Finney relay (Finney/USDB) to differentiate it from a regular efficient ETH relay. The Finney could be an ERC20 token created by converting ETH to Finney, perhaps via an efficient (0.1% conversion fee) ETH / Finney relay.

It would be important to communicate the difference of a price stability relay compared to a regular efficient conversion relay. Combining the child token concept with a stabilisation relay could help strengthen the concept.

Applying this model to Wrapped BTC. A wrapped BTC could be fractionalised by 10,000, which is equivalent to 10,000 satoshi. A 10KSAT erc20 token could be created and converted through a WBTC/ 10KSAT relay. The stability relay for 10KSAT/USDB would be different to an efficient WBTC / USDB relay.

Unique child labels are important as well, but if no official fraction exists (like ETH’s finney) a standard for fractions could be used: deci (d), centi (c) and milli (m), meaning, respectively, one-tenth, one-hundredth, and one-thousandth. One ten thousandth (10 to the minus 4) doesn’t have an official sub-part label yet and would be a rare need, BTC measured as satoshi requires the use of the 10K convention. There may be tokens with such low decimal value they could be multiplied by 1,000 (k) or 10,000 (10k). Example is CoTrader x 10,000 would be $0.16.